Red Sea Aquariums are one of the biggest aquarium companies in the United States. They’re best known for their range of larger aquariums, with their reefer range being one of the most popular large fish tank ranges around. We thought it would useful for our readers to conduct a short review of Red Sea Aquariums as we get questions about them all the time. We’ll be taking a look at their product range, reviews and customer service to see if they’re worth your time. Let’s get into the review:

As we mentioned, Red Sea Aquariums are perhaps best known for their larger fish tank range. However they’ve also got a great range of smaller tanks, with the NANO range being quite popular. These aquariums still complete with everything you need to get started – for example the 20 gallon MAX NANO tank includes reef-keeping technology (the ReefLED 50 lighting with integrated Wi-Fi control) as well as REEF-SPEC filtration and circulation systems. If you’re a beginner fishkeeper who is looking for a tank that you can start using immediately, the NANO tank range is a great choice.

If you’re more experienced and looking for a larger aquarium, then of course Red Sea Aquariums have something for you. The Reefer 3XL is a 240 gallon glass tank that comes with everything you need to get started – cabinet, dual side-facing return pump, enlarged overflow box, split sump system and even assembly-ready piping (so no gluing needed). Some people like to just buy the tank and then buy the equipment separately, however if you want an out of the box ready aquarium, Red Sea Aquariums are ideal.

Red Sea Aquariums don’t collect reviews on any platforms like Trustpilot, but they do have a huge number of positive reviews on platforms like Facebook and Amazon. For example, the brand currently has an average rating of 4 out of 5 stars over on Amazon which makes them one of the highest-rated aquarium brands on there. Customers seem delighted with the quality of the aquariums, as well as the customer service they’ve received.

Red Sea Aquariums are one of the best-known brands in the United States, and it’s not hard to see why.  They’ve got a huge number of positive reviews from happy customers, and although they’re a little more expensive than some other brands, the quality is unmatched. 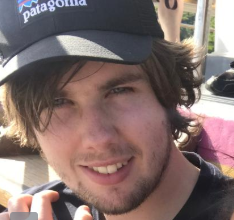